A recent study lead by Deakin University and funded by the PICA Group sought to identify types of building defects and how they impacted on the building and its occupants. According to the researchers, “it should be reasonable to expect that homes are constructed in a manner that, at the very least, is stable, safe, sheltered and fit for purpose.” But are they ?

The study was led by researcher Dr Nicole Johnstone, a senior lecturer at Deakin Business School. The analysis included a review of 212 building defect reports and collated 3,227 defects*, a literature review and indepth interviews with stakeholders.

The study was designed as a “pilot” with four broad aims:

The scope of the pilot focused only on building defects arising within the statutory liability period, within the multi-owned property environment.

Building defects are considered inevitable by the building industry, so as part of the study it was essential to gain a better understanding of the nature of defects and the impact these have on residents and the owners corporations managing the buildings.

Sub-categories were created that aligned with each of these construction systems in order to identify the individual construction element inflicted by the defects.

Of the 3227 defects analysed, defects relating to building fabric and cladding (40%) were the most prevalent, followed by fire protection (13%), waterproofing (11.5%), roof and rainwater disposal (8.5%), and then structural issues (7%).

The most concerning aspects revealed in the study relating to the impact defects have on buildings and occupants were:

A number of concerns were raised about the relationship between the National Construction Code and the Australian Standards, where there is some disconnect in requirements, and industry identified a need for better consistency.

The focus on minimum standards instead of best practice in the National Construction Code was also raised as a concern, as well as the private certification system, where community expectations were seen to be out of step with legal requirements.

Note: Many of the reports collated multiple entries into the one line item without providing an exact count. That is, if the same defect was found across multiple locations within the audited building, it was reported as one line item and the language used was pluralised (for example, missing fire collars).

A building defect can range from a mere imperfection (for example, a chipped tile or mark on a wall) to a structural fault that could create instability in a building.

An overview of the results

Following is a summary of all defects by Construction Systems and further breakdown of the percentage of defects reported in the 3 top three systems with defects. 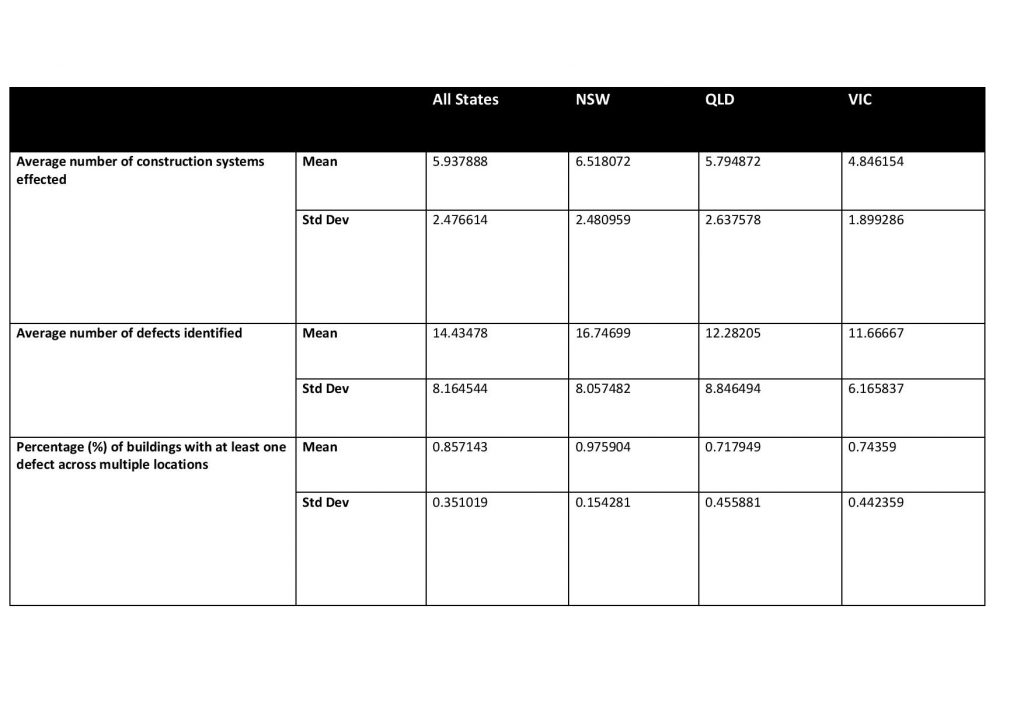 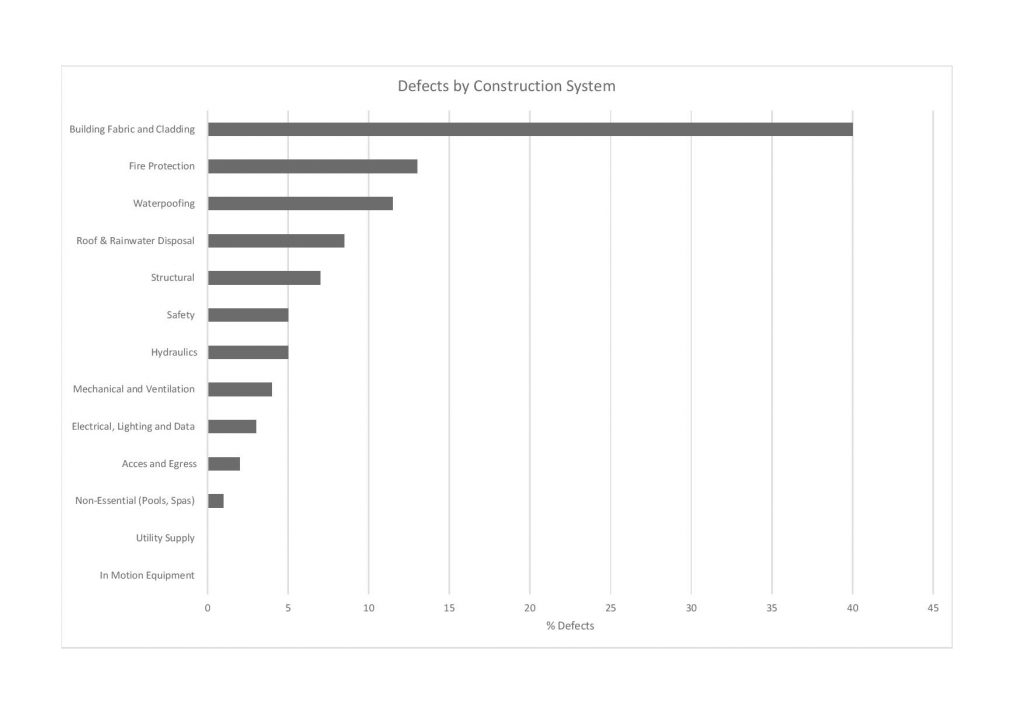 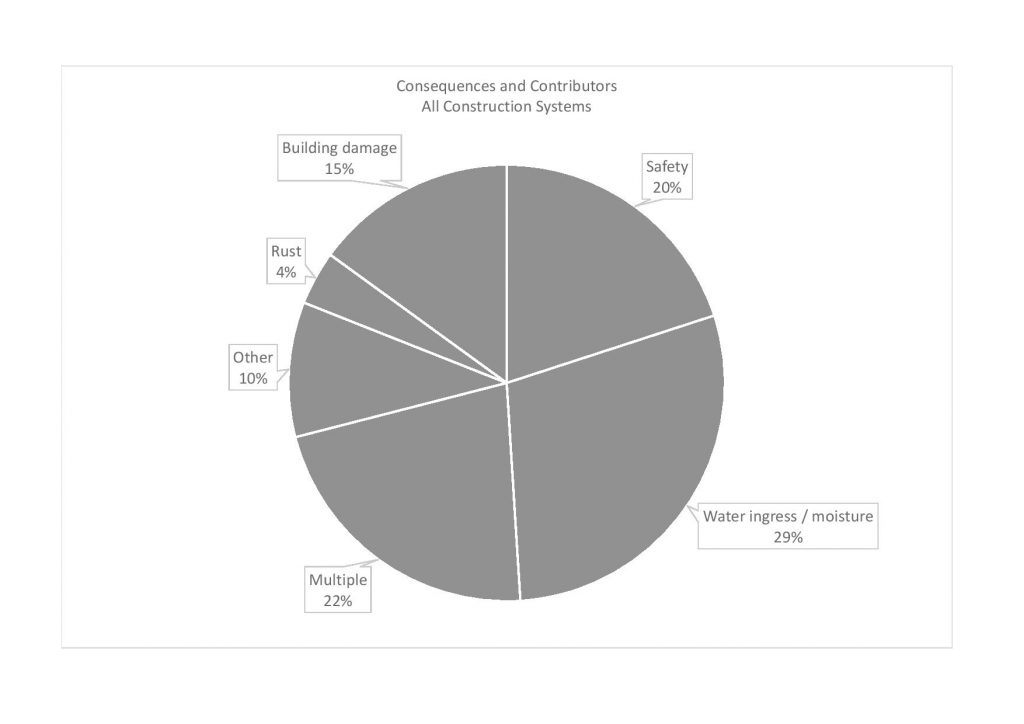 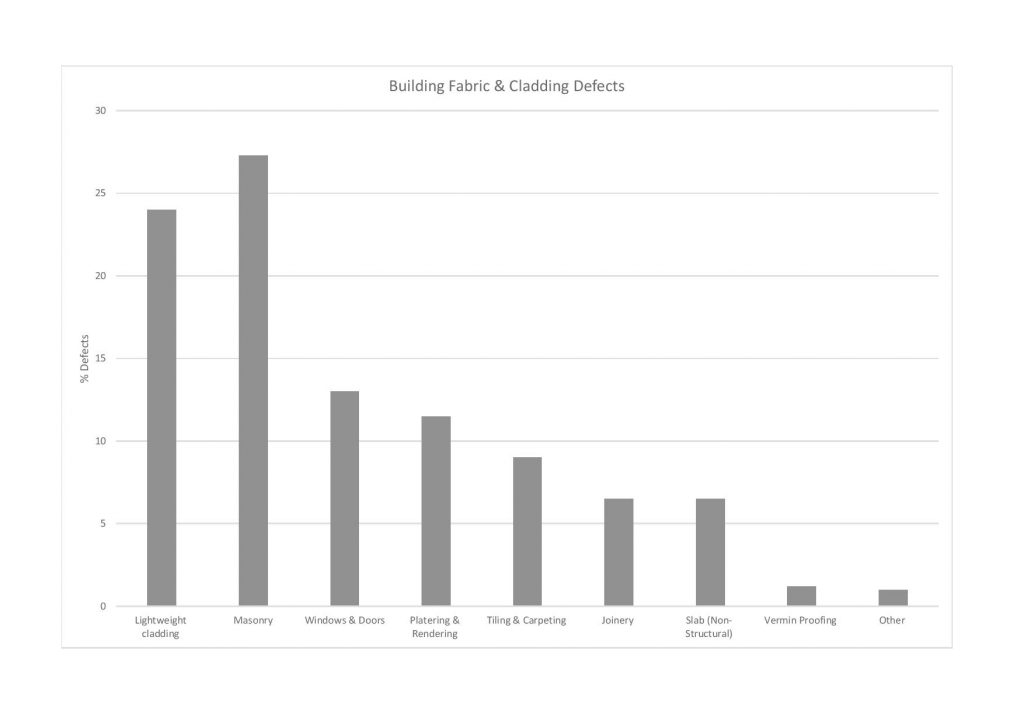 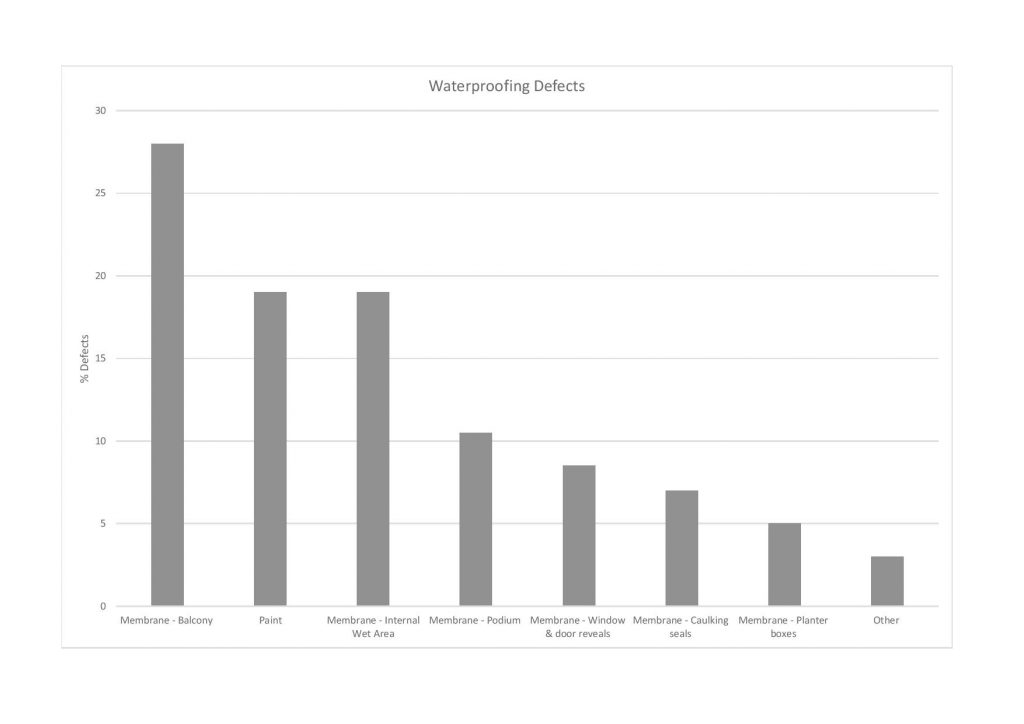 Content for this article has been sourced from an Examination of Building Defects in Residential Multi-owned Properties by Nicole Johnston (Deakin) with Sacha Reid (Griffith).

In the September issue of Intersect we will explore in more detail what the Building Designer can do in the design phase to help reduce the instances of defects.