New residential buildings in Australia are subject to the energy efficiency provisions of the National Construction Code (NCC). When designed and built they must meet a prescribed minimum standard.

Whilst this confers some protection to future occupants against poorly performing homes, in the interests of energy equity it is worth exploring whether the energy efficiency of dwellings being built in areas of lower socio-economic advantage differ at all from those being built in more socio-economically advantaged areas. It is more difficult and costly to maintain a comfortable and healthy temperature in a dwelling which is less energy efficient.

The differences in star ratings varied for each State and Territory, see table below. 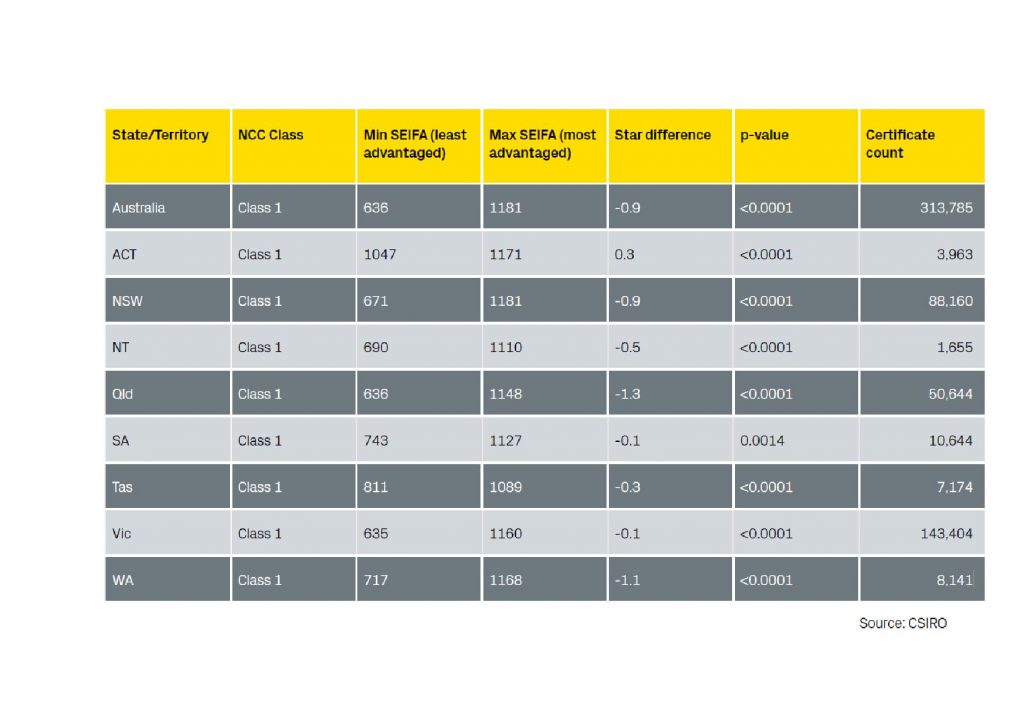