Aspirations of young and older Australians are framed around different experiences and goals.

The housing aspirations and desires of young adults (aged 25–34) and older Australians who have retired (aged 65–74) are framed around quite different housing and employment experiences and long-term goals.

Two recent AHURI reports have looked at the housing aspirations of younger and older Australians and found some similarity in housing preferences despite the large age gap between the groups.

In terms of similarities, both groups aspire to home ownership at 77 per cent (25–34 years old) and 81 per cent (65–74 years old) respectively. More than half of both groups want to live in a detached house and generally aim to have 3 or 4 bedrooms in that home. 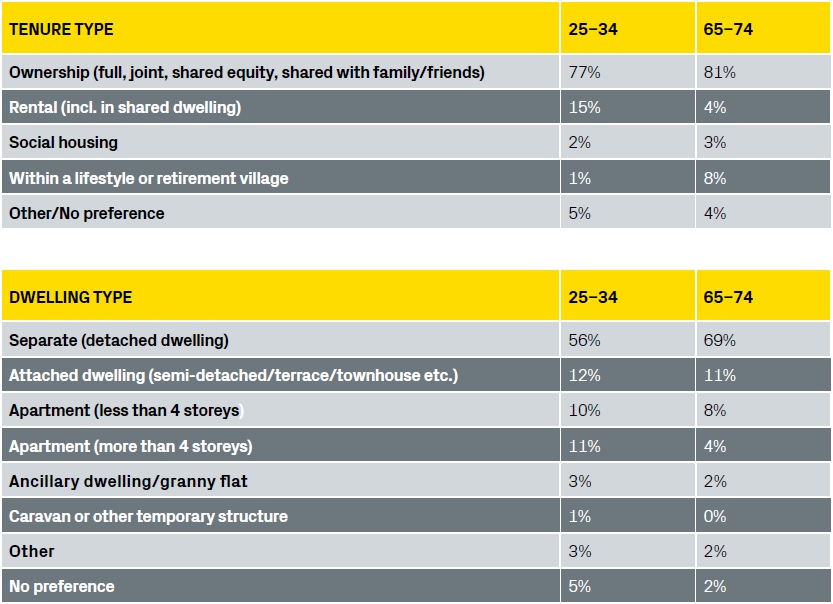 There are, of course, also great differences in how these two age groups see their housing futures. The great majority of older Australians (75%) want to stay in their home in the short term (1–2 years), while, in contrast, only 41 per cent of 25–34 year old households wanted to live in their current home over the next one to two years.

There are also noteworthy differences in where older Australians and 25–34 age groups want to live.

Full reports can be found at Younger Australians and the housing aspirations gap: www.ahuri.edu.au/research/final-reports/318