The Victorian State Department of Environment, Land, Water and Planning (DELWP) has been consulting on changes to the Better Apartment Design Standards, which were introduced to Victoria’s Planning Schemes in April 2017. The next phase of the Standards seeks to ensure apartment developments have a positive impact on their local area. DELWP has prepared a discussion paper proposing potential changes to the Apartment Standards, with five main policy aims seeking to provide:

Submissions closed on 27 September 2019 – but stay tuned for the outcomes.

Part of the back-end of this new tool includes the historic Sands & McDougall directories, from as far back as the 1800s, which have been digitised by the State Library of Victoria. So take a look, but be warned – you can waste a number of hours looking up your old home or neighbourhood and marvelling at what sites used to house a cooper, coal merchant, jean merchant, milliner, tailer or boot repairer way-back-when.

For those looking to use it for more professional purposes, more information and user’s guides can be found at: 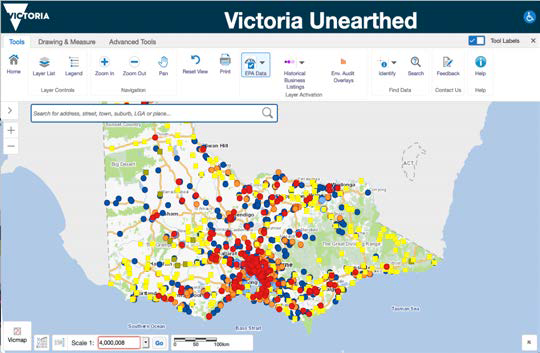 The recent Victorian Civil and Administrative Tribunal (the Tribunal) case ID-FLK Gisborne Pty Ltd v Macedon Ranges SC [2019] VCAT 1336 considered whether VCAT has the power to amend and/or consider a version of a Development Plan that differs from the Development Plan that formed the basis of the responsible authority’s decision.

The Development Plan Overlay requires that any use and development must be generally in accordance with the development plan.

In ID-FLK Gisborne Pty Ltd v Macedon Ranges SC the permit applicant appealed Council’s failure to indicate that it was satisfied with a proposed Development Plan within a reasonable time, under Section 149 of the Planning and Environment Act 1987 (P&E Act).

After a partial resolution through mediation, and to facilitate the final determination of the matter, the applicant distributed an amended Development Plan prior to the final VCAT hearing. The question then arose: Does VCAT have the power to amend or substitute a Development Plan under Section 127 of the Victorian Civil And Administrative Tribunal Act 1998 (VCAT Act), which provides that at any time, the Tribunal may order that any document in a proceeding be amended?

This issue arose partly because of a decision in another case (TC Rice Pty Ltd v Cardinia SC [2019] VCAT 64) which found that the Tribunal did not have the jurisdiction to amend an application which was made under the Gambling Regulation Act 2003, as that application was not a document “in a proceeding” [and] as such a document was created prior to the commencement of the relevant proceeding. That case involved both a planning application and a Gambling Regulations application, and the Tribunal found that:

Clause 64 in Schedule 1 of the VCAT Act sets out provisions for the amendment of an application, expressly empowering VCAT to amend an application made to the original decision-maker.

However, Clause 64 does not apply to appeals made under Section 149 of the P&E Act. There is no formal application requirement under the P&E Act for the approval of a Development Plan, nor any notice requirements, and therefore no formal application which might later be sought to be amended at VCAT. The approval of a Development Plan is considered a “secondary consent” matter, or a “to the satisfaction of” matter, rather than a primary statutory approval (such as a planning permit). The Tribunal considered that an amended Development Plan that differs from the Development Plan that formed the basis of the responsible authority’s decision, that is then under appeal, can be amended because:

Practitioners working within DPOs should be aware of the requirement to be generally in accordance with the approved development plan – or their obligation to seek approval for a new or amended development plan as part of their planning approval.

Planning permit applications for specified uses and developments within Bushfire Prone Areas require a response to bushfire risk, in accordance with Clause 13.02-1S, even where those properties are not within a Bushfire Management Overlay.

Should you have undecided planning permit applications with Council or in preparation for lodging within these municipalities, it would be prudent to check whether the changes affect your land, by either including or removing your site from the requirement to provide a bushfire risk assessment.

These tidbits are part of the regular contribution made by Clause:1 Planning to Intersect.