Built at the height of Melbourne’s time as the ‘richest city in the world’, ‘Werai’ was once the epitome of residential architecture. The Queen Anne gothic revival double-storey red brick home was designed and built for organ-builder Arthur Hobday in the 1890s in the Gascoigne Estate, an area of regional significance in East Malvern (Heritage Council Victoria).

The home spent decades as St Christopher’s College, where women and girls were taught theology, religious education and youth leadership. When the College closed in 1965, the dwelling was onsold, and eventually fell into disrepair.

Peter Jackson Design was briefed by Werai’s new owners to restore the home ‘to its former glory’ while meeting 21st-century living expectations, Peter Jackson explains. Instead of opting for standard modernisation and contemporary additions, the team chose to recreate the home “so that it’s hard to tell what is old and new”, Peter says.

For over six years, in close collaboration with the clients, Peter and his team transformed the home into fine 21st century contemporary living. Alongside the modernisation, a painstaking process of specification, detailing, and employing crafts that have been largely lost in today’s construction environment began to restore the home.

The home’s verandah was reinstated as it appeared in a single photo the team found of the original home from the 1950s. Every chimney was cleaned, repointed, rendered and capped, and the hipped slate roof repaired where necessary. A new custom-made lychgate entrance and front brick fence were included.

Internally, plaster ceilings, cornices and timber floors all had to be replaced. The team reconfigured the floor plan, replacing windows with doors where required to improve flow between the house and garden. New pressed metal ceilings, restored lead-light windows and dark recycled baltic pine floors in the majestic entrance hall were included. Bedrooms upstairs received the same care, ensuites were included and a smaller bedroom was converted into a walk-in robe.

As part of the works, a significant extension was added to the rear and side of the home housing a new kitchen. The kitchen continues the era-influenced aesthetic, with a porcelain sink and oven within a traditional alcove, but it offers the conveniences of a modern kitchen with a walk in pantry.

One of the key challenges for this project was “to design a generous garage for vehicle accommodation to sit alongside the heritage dwelling without detracting from it,” explains Peter. The garage is made with triple thick, reclaimed recycled bricks from a warehouse demolition in Fitzroy, chosen to match the original home.

“The grand home is a perfect example of a seamless renovation,” said the judges. ”One in which the impeccable attention to detail in the design and workmanship has produced a well-appointed beautiful home that has enhanced the old residence. An eye for detail in maintaining the theme of the existing residence would have been a very difficult task, from the proportions of the main structure to the finest detail in the kitchen. The addition has not only created more space for the owners, but it has aesthetically enhanced the grand home, from the new kitchen and walk-in pantry to the five-car garage, while still maintaining the flow and functionality of the home, which is always very difficult to achieve.”

“The patient owners and designers can take immense pride in an award-worthy winning heritage manor.”

Peter Jackson Design specialises in sympathetic, authentically-detailed designs, and has decades of experience in creating that warm regal feeling that can only be achieved in period homes. 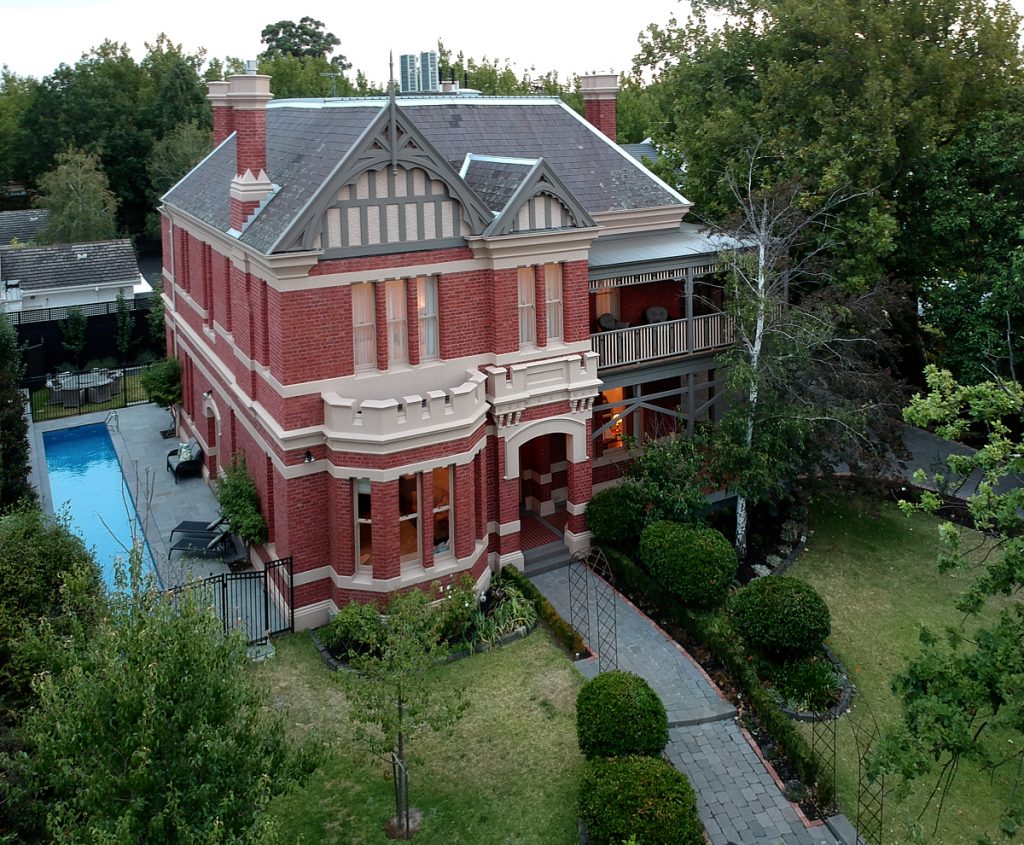